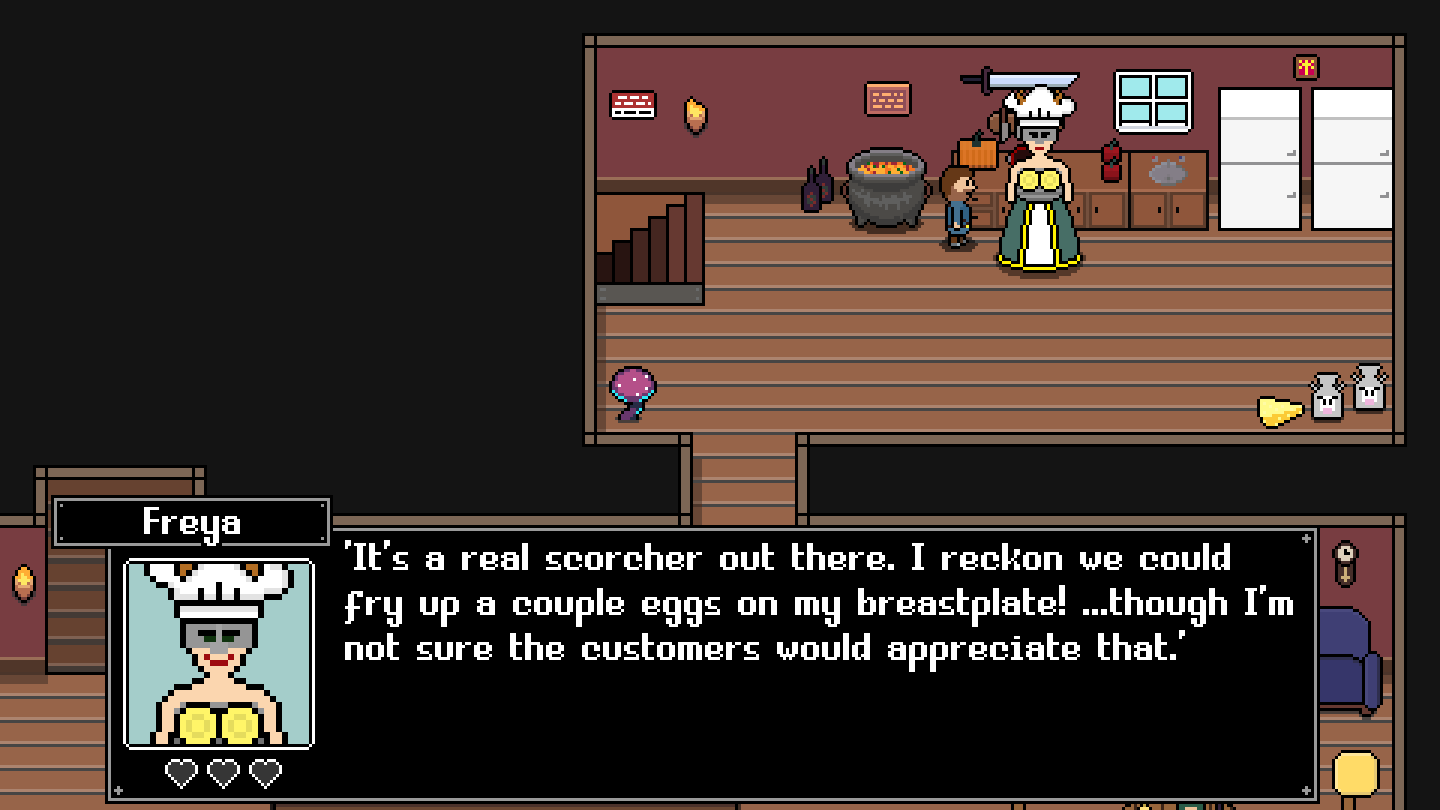 I often begin these updates with some superfluous comment about the weather, but that seems in poor taste given how much of the world is dealing with some dangerously hot days. My area had its own heatwave earlier in the summer and it can be brutal, but hang in there! Stay hydrated, become creatures of the night, and do whatever it takes to get comfortable.

If nothing else I promise that heatwaves will be much easier to deal with in Village Monsters.

Let's first take another look at the schedule I shared last update.

It's all good news here! We continue to be right on track with everything that was planned. The demo may indeed slip into the first week of August, but that's a minor bump that was anticipated. All in all, not much to say.

The big goal of July was to achieve the ever-elusive feature completeness. 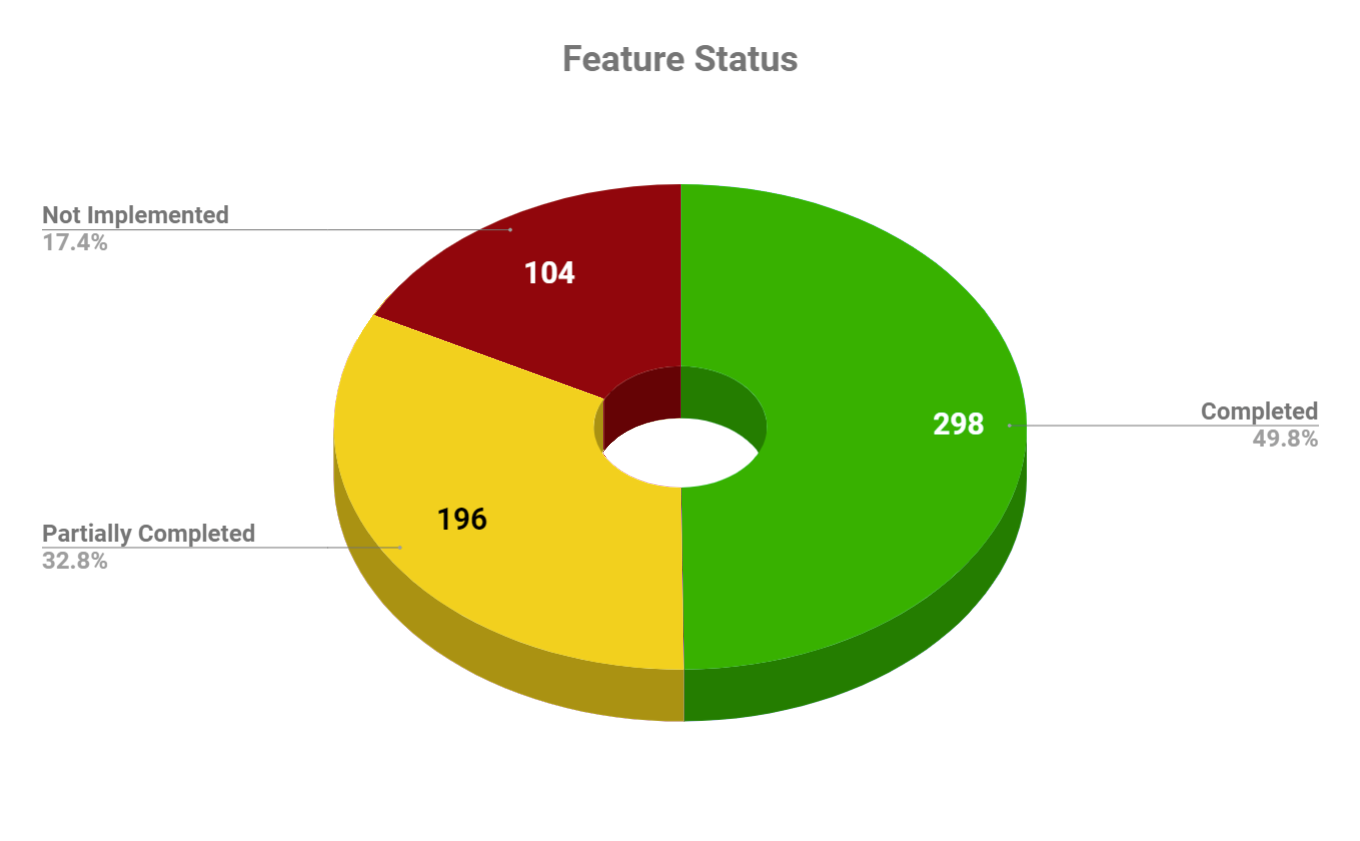 At first blush this graph might not look impressive, but trust me - it is!

The problem is it's surprisingly tricky to define something as Complete; most features tend to spawn lots of little 'child features' of varying importance that only reveal themselves much later in play testing. Further, the lines begin to blur when you try to differentiate a feature from the equally nebulous content.

Clear as mud, right? For my own sanity I decided not to get too hung up on the literal numbers and instead focused on the "spirit" of feature completeness - and through that lens I am absolutely thrilled. Over 80% of the features in Village Monsters are either complete or close to complete which is exactly where I wanted to be this time. 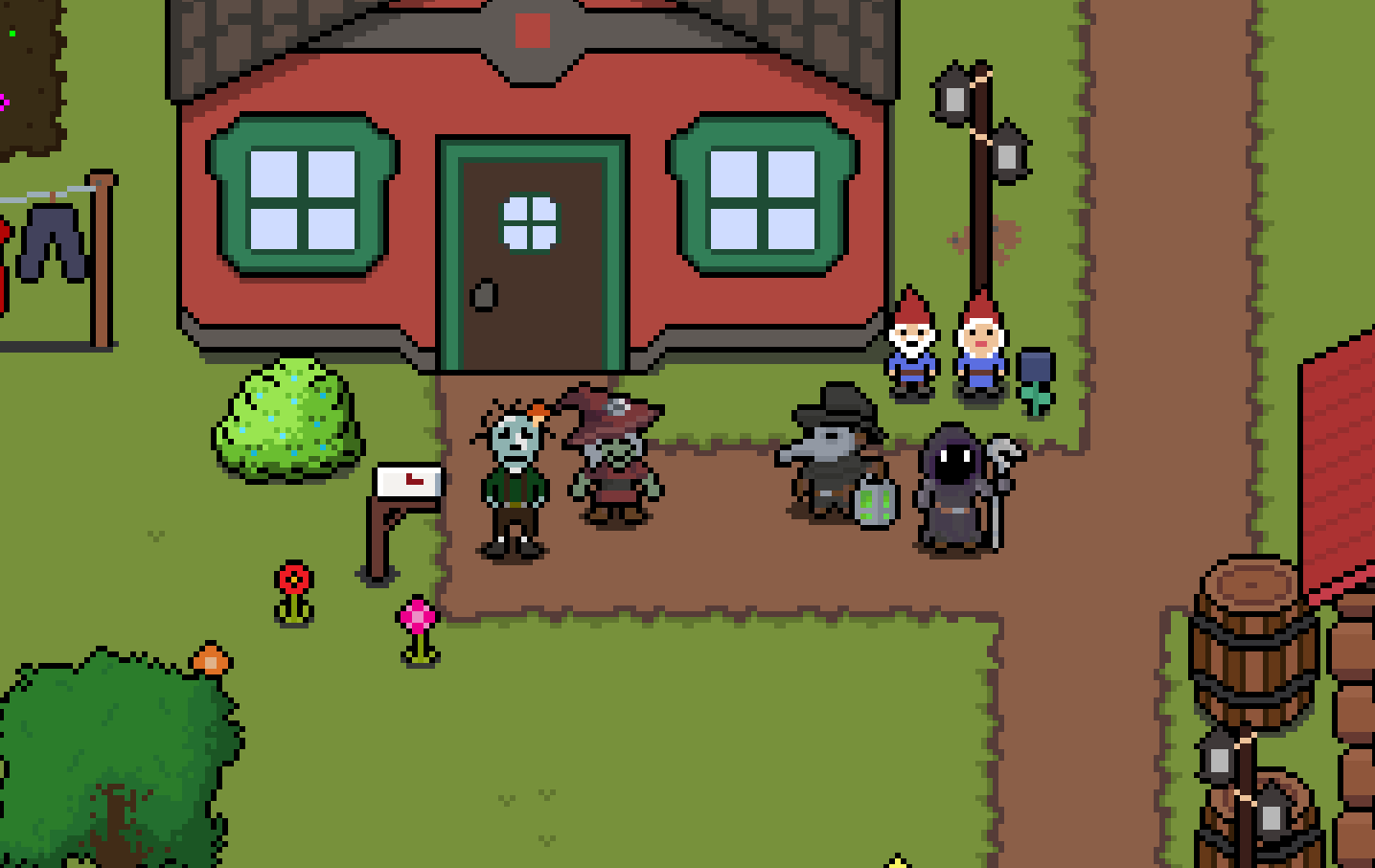 Some of you have rightfully wondered when I'm going to start requesting details for reward tiers. The answer? Within the next week!

Backers from all tiers will be receiving surveys by this time next week. Folks that will be creating things - like monsters, items or furniture - will also be getting a link to a shared design document where we can hash out the exact details.

That's all I got for now. Things are going super well and I hope that continues into August. The next update you'll see from me is when the new demo is available - exciting!!