This dev log is sure to be my most game design-y one yet! Today I want to talk about monster design - ah, but of course with the obvious "twist" that in Village Monsters the monsters are the NPCs of the game!

Like the animals in Animal Crossing, there is only one human (you!) in this village, so just step aside, homo sapiens - this one ain't about you.

There's a fine line to walk when designing monsters. You have tremendous creative freedom compared to designing humans, but this means it's a lot easier to go off the rails.

This isn't a new problem. Many games designers - especially in the 80s and 90s - based their enemy creations off of monsters that already existed in our own folklore. Why reinvent the wheel, right? I'm only a little embarrassed to admit that I learned of many mythological creatures and gods thanks to games like Final Fantasy and Castlevania.

Are we the monsters?

To keep myself grounded I came up with a few rules for designing the monster villagers of my game: 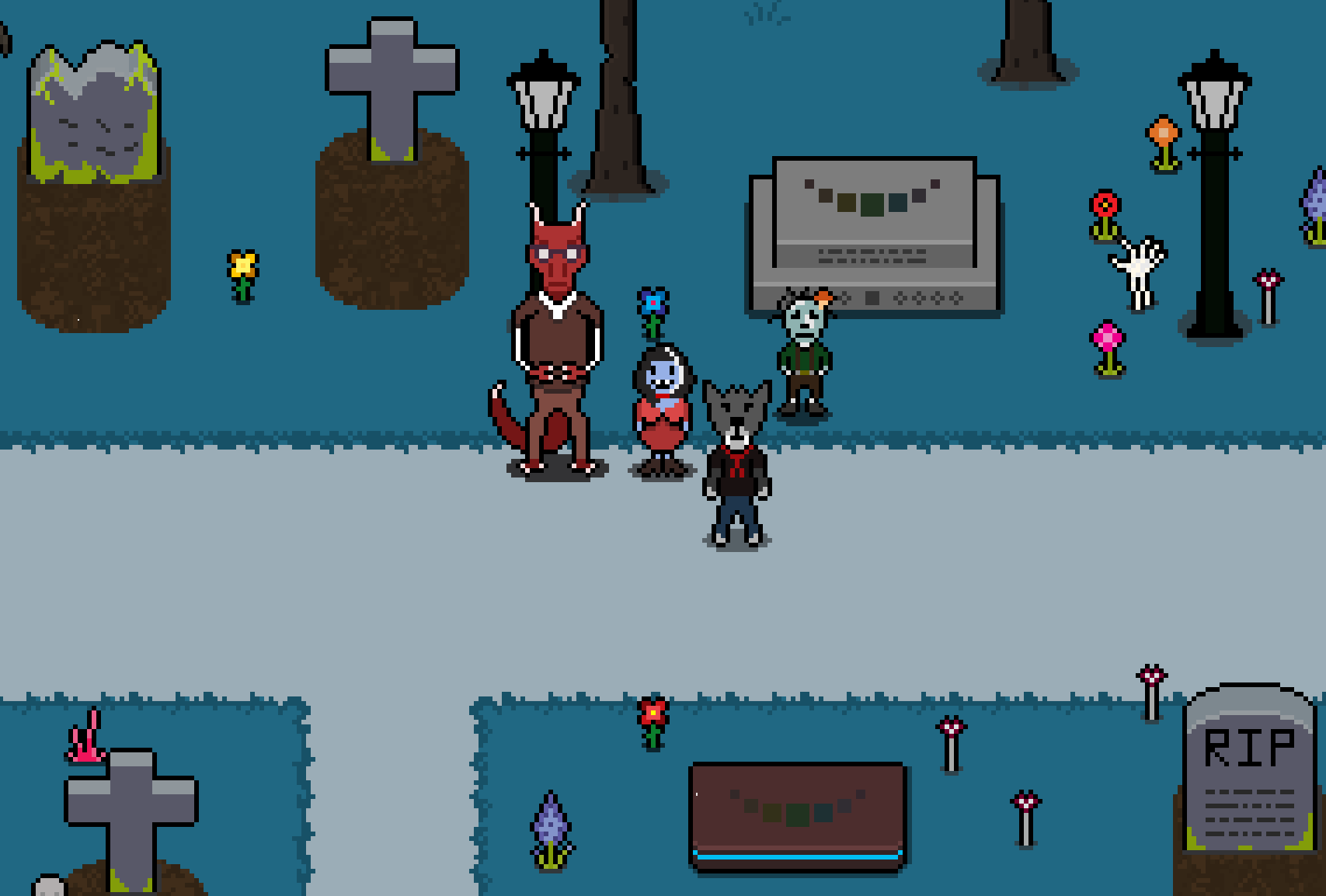 Grouping together monsters by theme has meant that in many cases a family (classification) of monsters becomes a literal family of monsters. Take for example the above family: Morris the zombie, his daughter, Ruby the vampire, her husband, Lindwyrm the dragon, and their kid, Victor the werewolf. Their theme is of standard or classic monsters that you can find in many video games, books or movies. 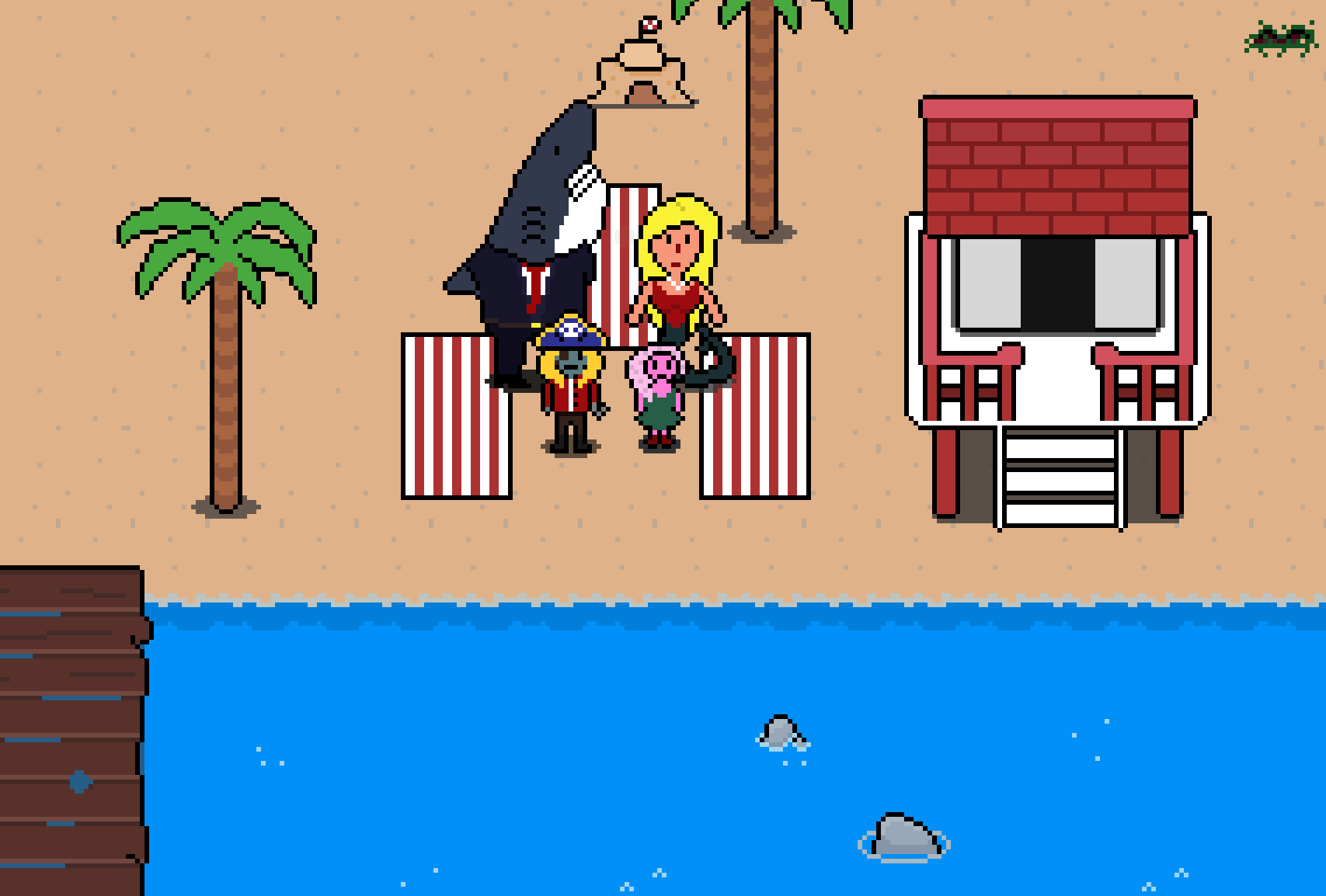 This family I lovingly call the "Maritime Family" - there's Edmund the shark, Calista the siren, Oponna the pirate, and Cthylla the eldritch sweetheart. Their theme is pretty obvious: the ocean! You've probably realized that sharks and pirates aren't exactly "monsters" in the traditional sense, but in video games they often are!

There are 32 villagers to befriend in Village Monsters. Most keep to the rules I outlined above, but not all. I mean, come on, these are monsters! They're all about breaking rules. 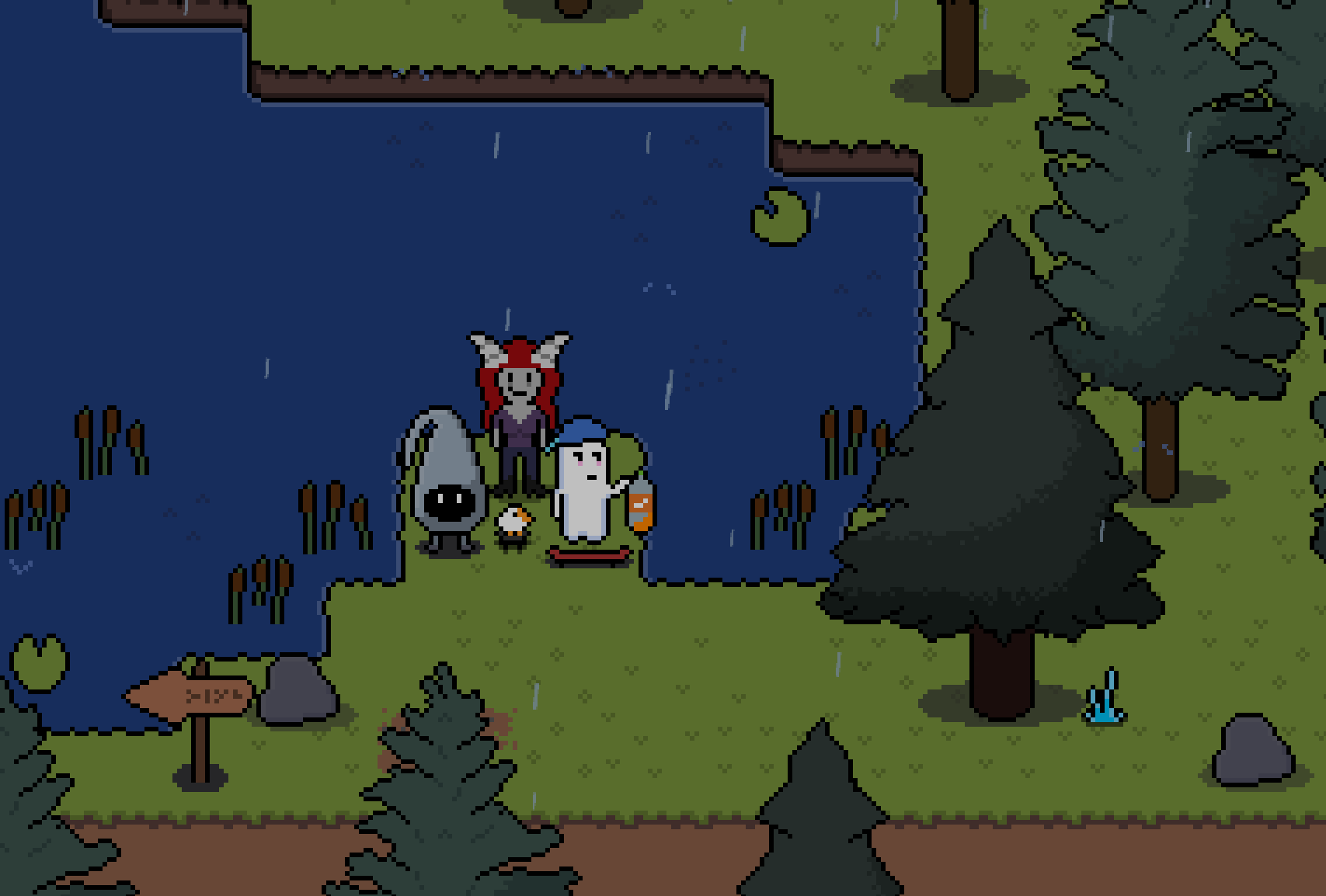 Here's Vara the succubus alongside her two kids - Zigi the ghost and Bugs the, uh... something. There's no common thread connecting this family, and while a couple are based on existing monsters they are very different than what their origin might suggest. This actually plays into their personal story and will make sense as you get to know them. 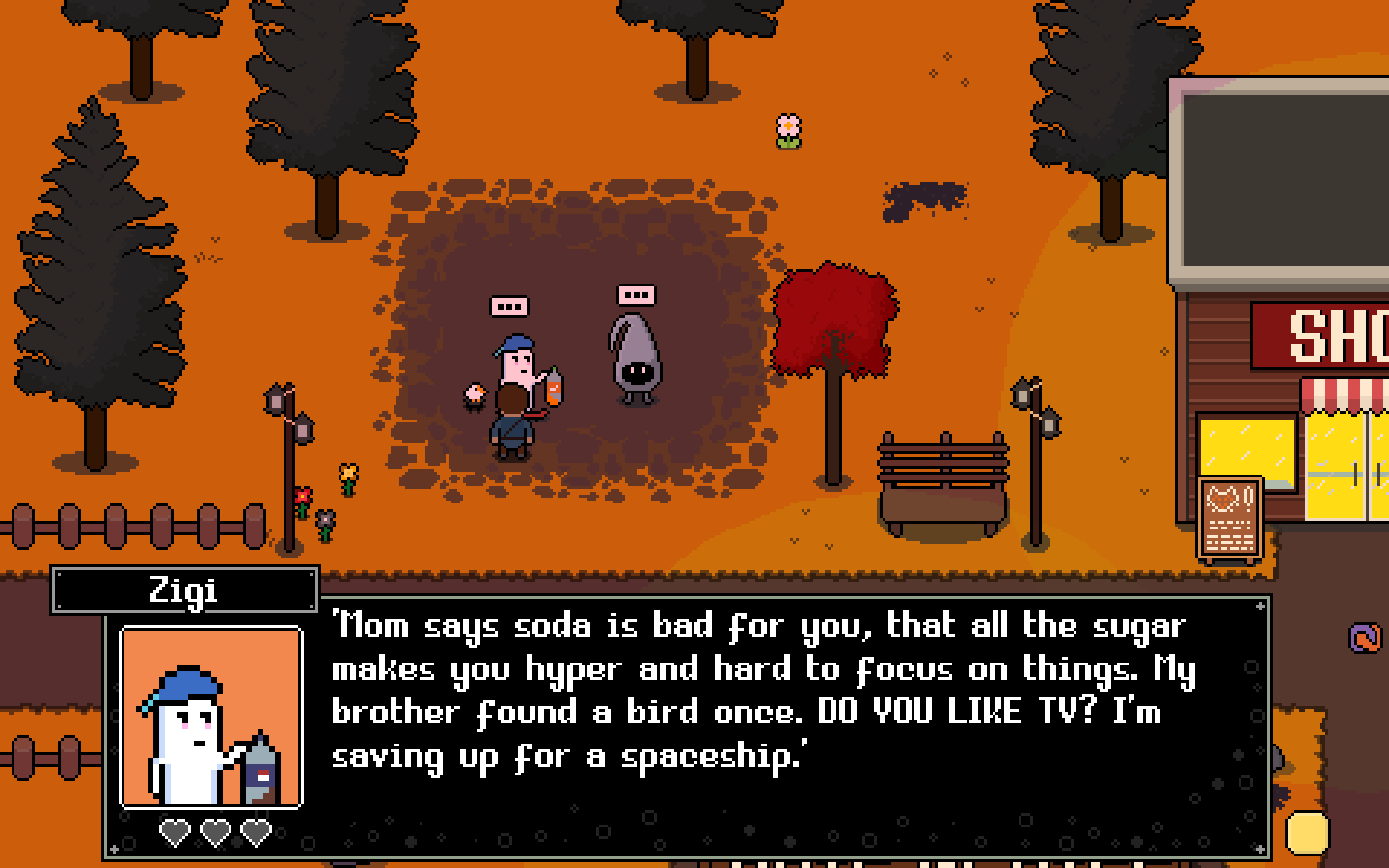 Of course, a monster's type doesn't just effect how they look. By choosing familiar monsters it made sense to allow common expectations and "stereotypes" to inform their personalities, relationships, and roles in their community. 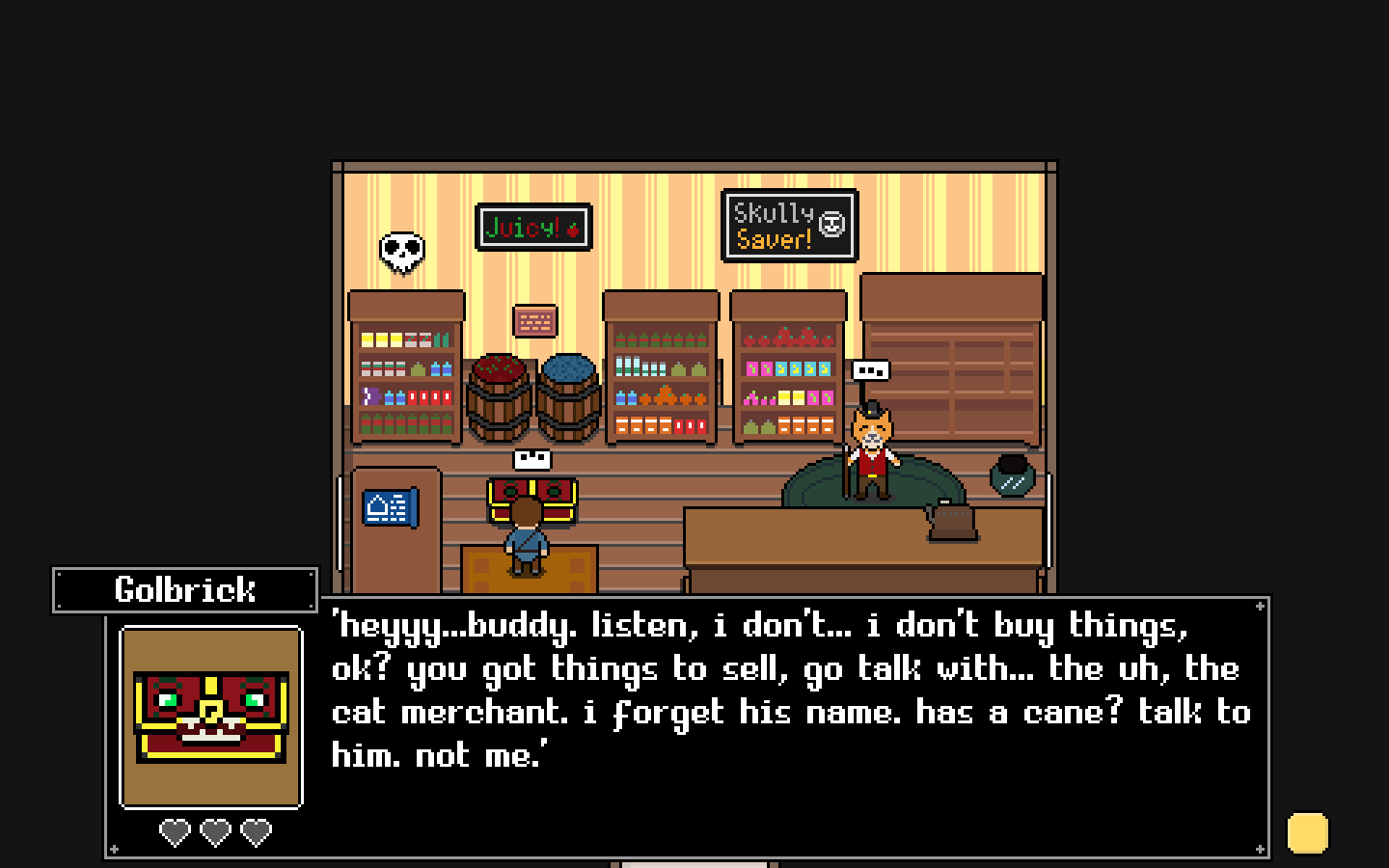 Take our good pal Golbrick here. He's a mimic which means he's hidden away from most social interactions. This becomes obvious when talking with him, and you'll find he wants nothing more than to end a conversation and go back to hiding as an object.

The aforementioned vampire, Ruby, is both immortal and frequently stuck indoors due to the sun. Her immortality makes her passionate about history while being a hermit makes her a natural lover of the escapism found in books and other stories.  As such, it was natural to make her the village librarian - and yes, she covers the night shift.

The monsters of Village Monsters are purposefully viewed through the lens of a video game. Take Stapes, a skeleton and one of the town guards. Skeletons are a common monster in many cultures, but Stapes more represents the weak and wimpy skellies you might find lurking the first dungeon of an RPG. This makes his personality very cowardly and he begins absolutely terrified of you. 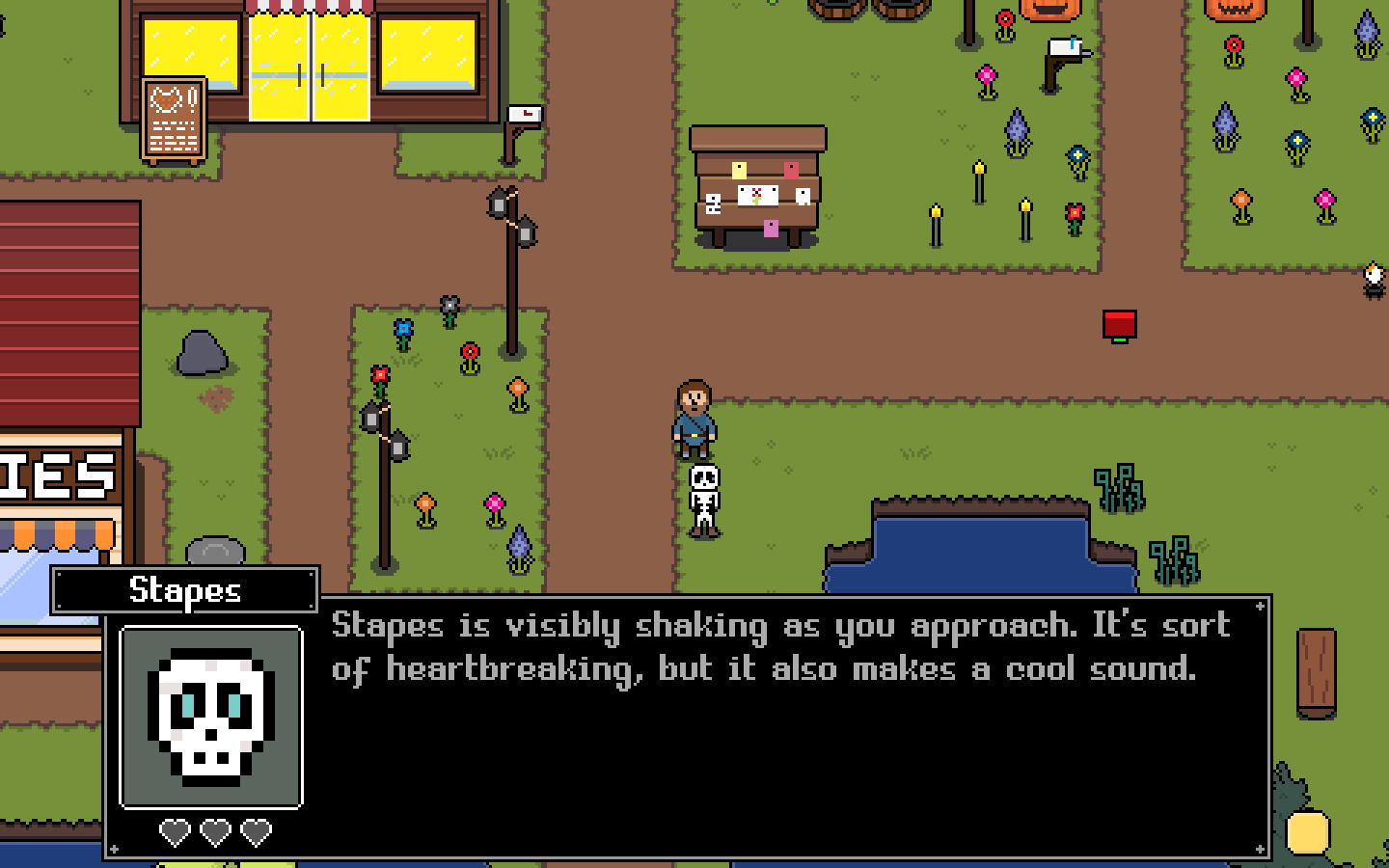 However, playing up to people's expectations of monsters is never quite as fun as subverting them. Valentine is a robot, but he's convinced he's actually a cowboy. He's the most rough and tumble of the village and is most at home living among nature - despite being the most sci -fi element in the game. 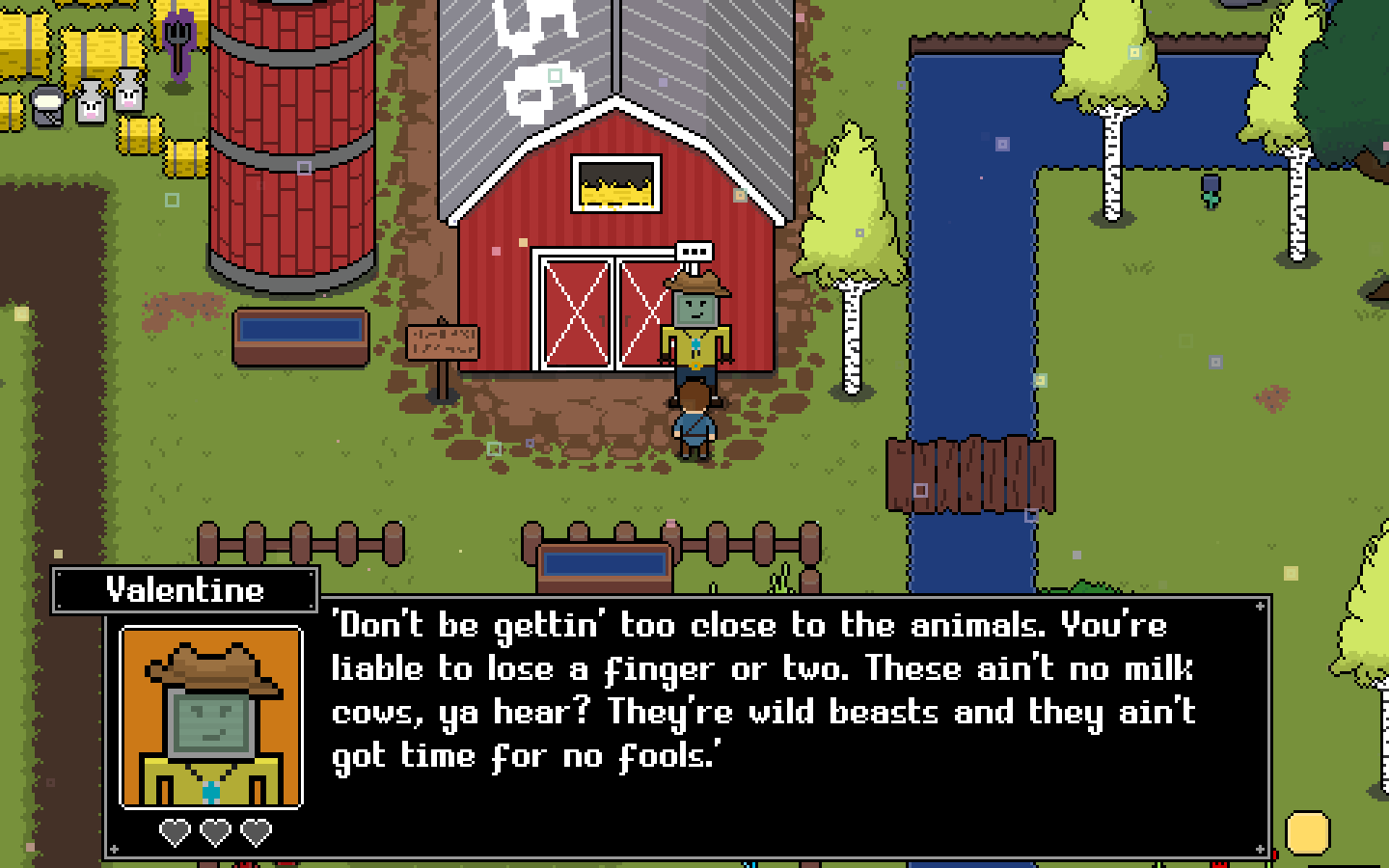 I can only hope you'll have as much fun befriending monsters as I did designing them when Village Monster releases later this year.