I’m trying something a little different with today’s dev diary. Instead of featuring things I’ve added or improved I’ll be talking about things I’ve removed.

I think it’s fun to talk about the process of trimming the fat; examining how and why things were cut can be pretty revealing to the overall design of a game. There’s a whole wiki dedicated to this subject, so I guess I’m not alone!

Let’s take a look at a handful of some of the bigger removals in Village Monsters so far.

You know what the most my common reason for getting rid of something is? It’s just too… mundane.

Critter Catching was the very first hobby I added to the game and it worked exactly as described – you could catch flies, frogs, butterflies, beetles, etc. I also created a variety of weirder critters like the Candy Horn Beetle and the Fairy Doof, but it was a 50/50 split between real and imagined.

Things changed with the Pocket Horse. 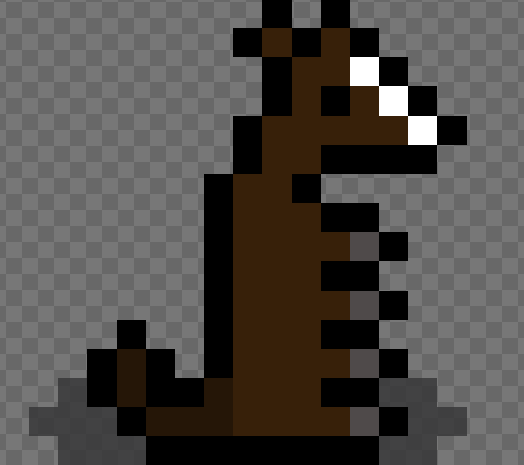 Believe it or not I was trying to make a squirrel, but I had messed up so royally that I accidentally warped time and space and created a small, pocket-sized… horse.

I absolutely fell in love with it, and all of it a sudden it hit me – why was I putting so much effort into squirrels and butterflies when unique critters like this are far more interesting? 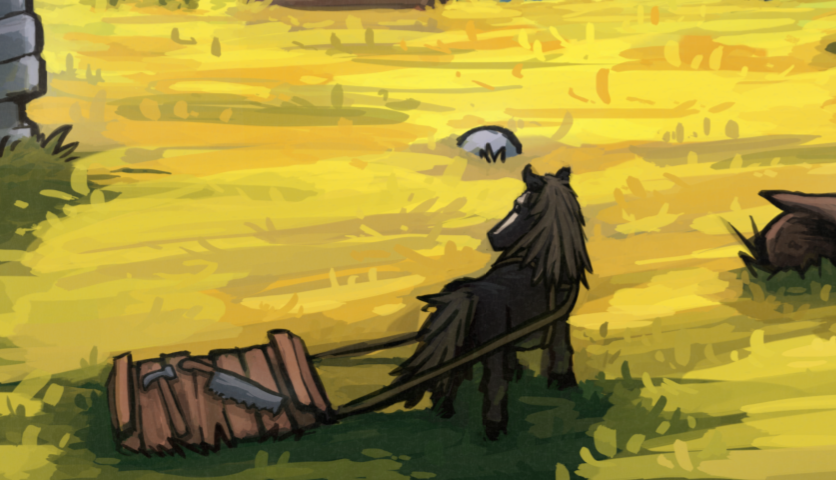 Most of the mundane critters were cut in favor of their more interesting cousins. But they didn’t quite leave the game – in some cases they now spawn as non-catchable critters that just add flavor to an area.

A similar situation happened with Mushroom Gardening which was originally just called Gardening. I think I can admit this now… at first I was just shamefully cribbing from likes Stardew Valley and Havest Moon. “People like farming, right? Then I gotta include farming!!”

But it never felt right. It was just so bland! Did it really make sense for snarky goblins and robotic cowboys to be growing bell peppers and turnips? 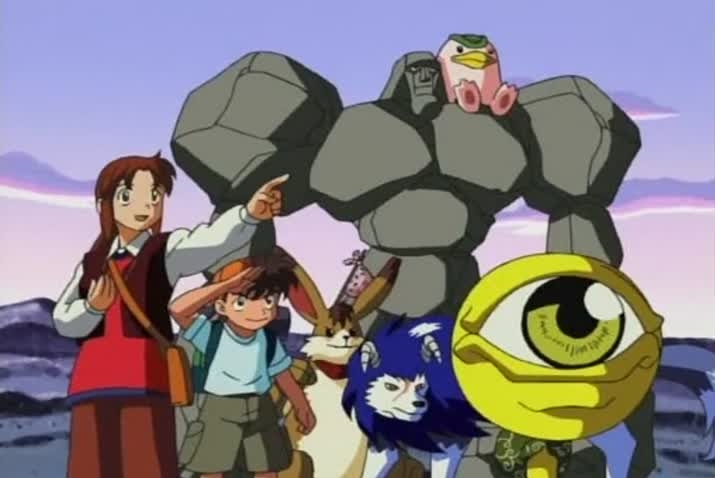 The only kind of monster rancher I want to see

Mushrooms felt far more thematically appropriate in every way imaginable. They were weird and underground – like monsters – and they allowed for really fun features like mutations, hybrids, and special effects. They’re also really low maintenance which helped fill the niche of a relaxing and hands-off hobby.

Such was the case with home customization. The original idea here was to give you complete freedom in how your house looked – any piece of furniture in the entire game could be bought and placed in any space you owned.

But it was messy. From a technical perspective I was constantly running into issues with collision and layering and saving your layout, and for the player it actually felt harder – not easier – to make a cohesive looking house.

So I made the decision to axe the feature entirely. It’s been replaced by a series of structured (or “pre-fab”) upgrades – like buying a completely furnished kitchen or attic, expanding your garden, and so on. 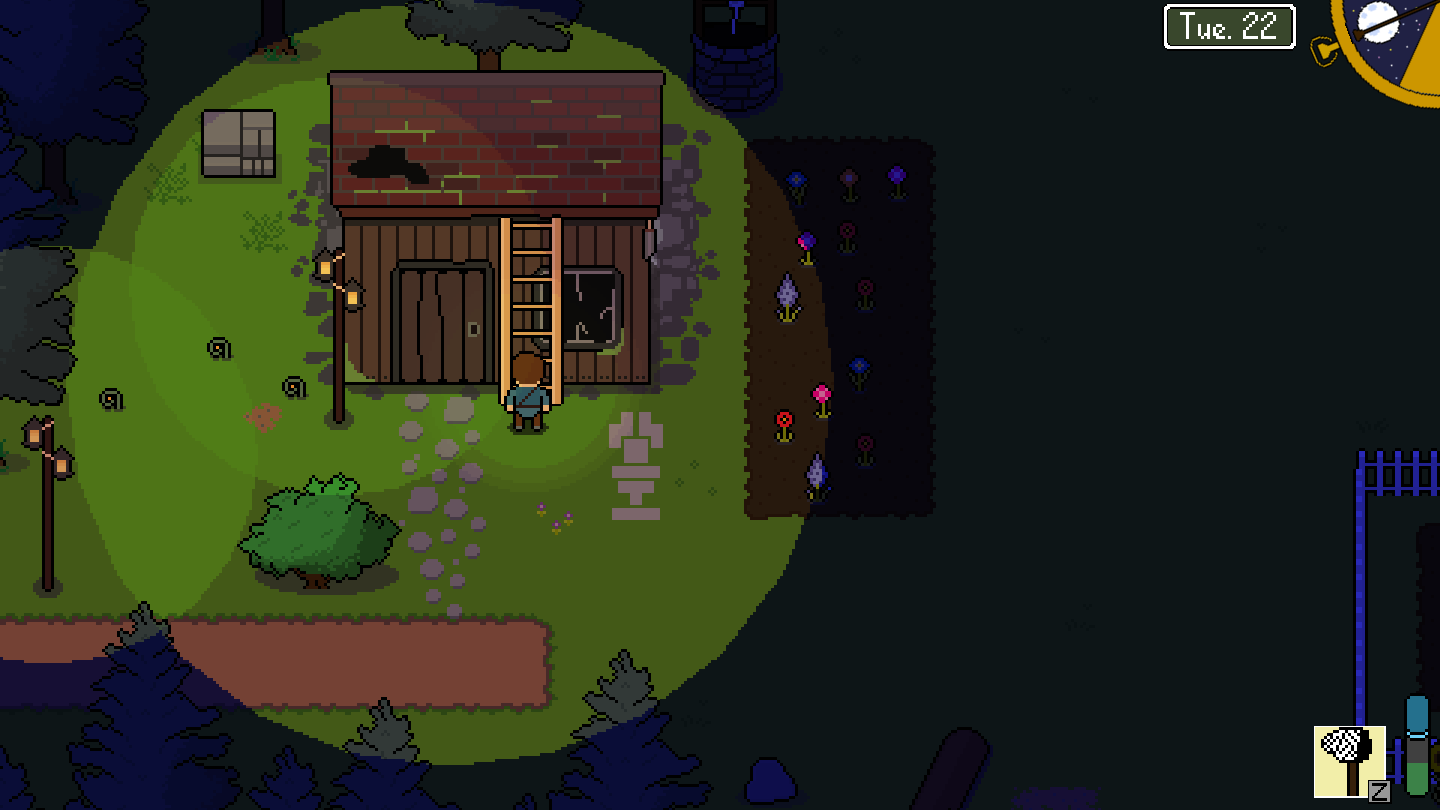 This focus on a more handcrafted home bled over to the villagers as well. I no longer had to worry about making simple homes with furniture and upgrades that the player could get. Instead I had the freedom to cut loose and give them all sorts of unique furnishings and layouts.

Another (though far earlier) complexity casualty was that of a more advanced time system. Oh man, you should have seen my early design notes – I envisioned a full 12 month calendar with each day having 8 distinct times ranging from “early morning” to “deep night”.

I wish I could tell you what exactly I was thinking. I guess I assumed more granularity meant for a stronger and more rewarding simulation? I don’t know. In the end I boiled it down to the most important features. I talk a bit more about the time system in this post.

You won’t find me saying too many nice things about Dragon Age 2, but one thing it experimented with wonderfully was the notion that butting heads with a party member was just as valid a relationship as pandering to them. 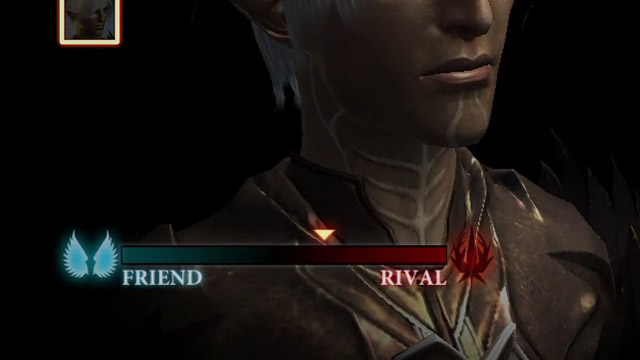 There was already a deep relationship system in Village Monsters, but this idea of a so-called “Rival” really appealed to me and fit really nicely with the theme of “a lone human in a world of monsters”.

After all, this is a village of over 30 quirky monsters; it’s entirely reasonable that you’ll find a handful of personalities you simply don’t jive with. I wanted to give you another option to talk with these villagers without feeling the need to be friends. You’d even get unique cutscenes and dialogue if you became rivals. 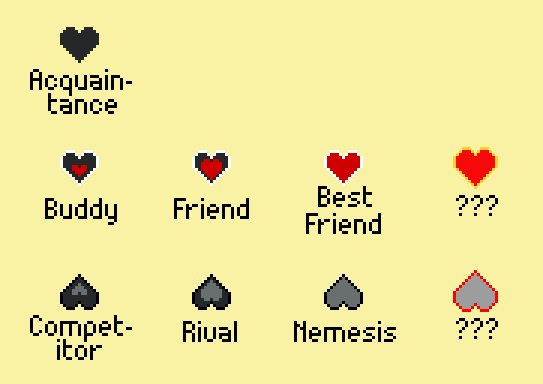 The original levels of relationships

But it was simply too much. It’s already a nearly insurmountable task to write dialogue and cutscenes for 30+ villagers as they become friends with you. The idea of writing even more dialogue as they become rivals… ugh, I just don’t have that many fingers. 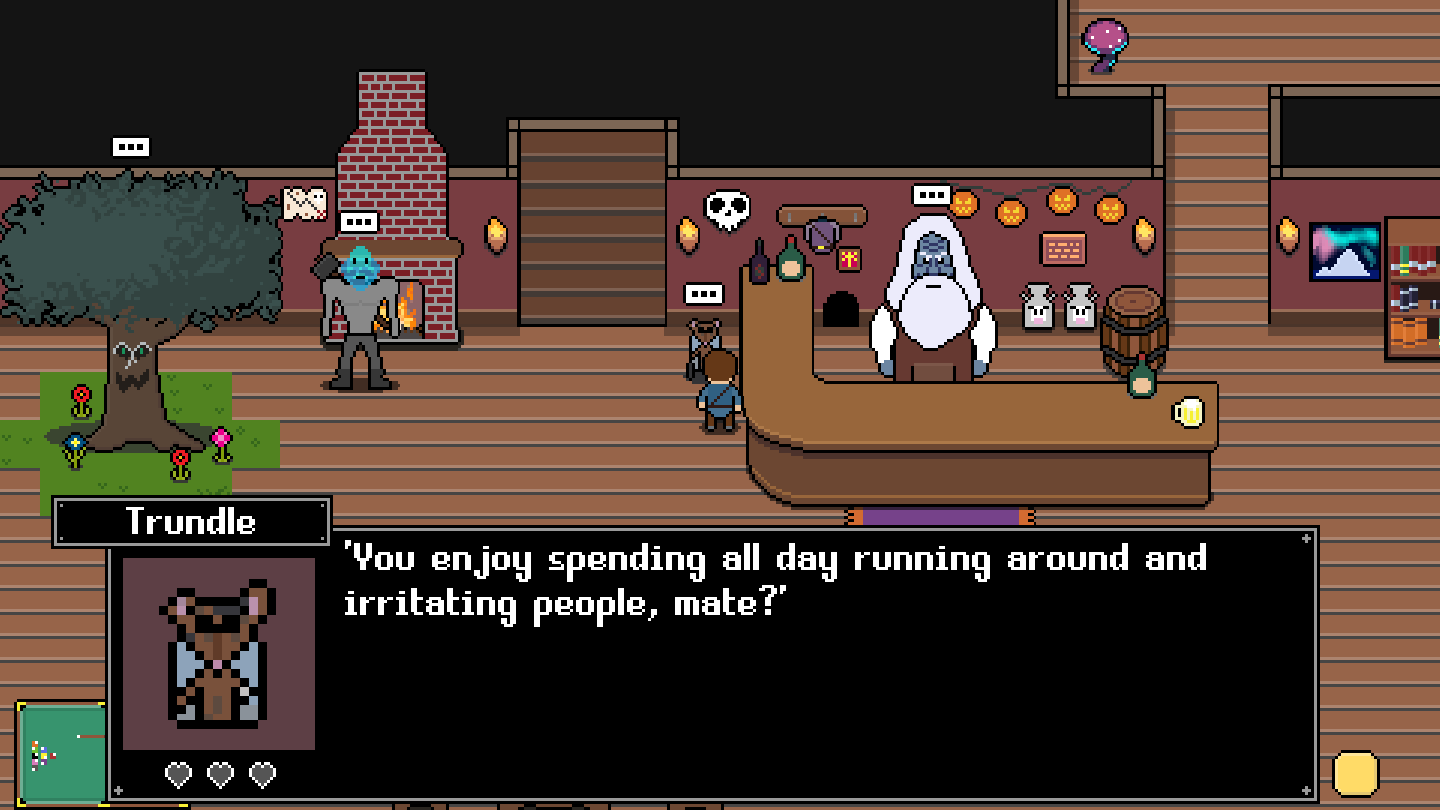 So, tragically, I had to move on from the system. My solution was to instead make the initial disposition of villagers a little bit colder – for some villagers this means being more neutral or detached, for others they’re grumpy or even antagonistic. They’ll change as you become friends, but if you choose not to befriend them then they’ll remain cold.

It’s not the same as creating a charming rivalry, but the general idea – that you don’t need to make friends with everyone – is at least partially maintained.

Like with all cut content, it is gone but not quite forgotten. The rivalry system in particular very well may make a return in a future free update. How’s that for a pitch? “In this new update some villagers will be mean to you!”