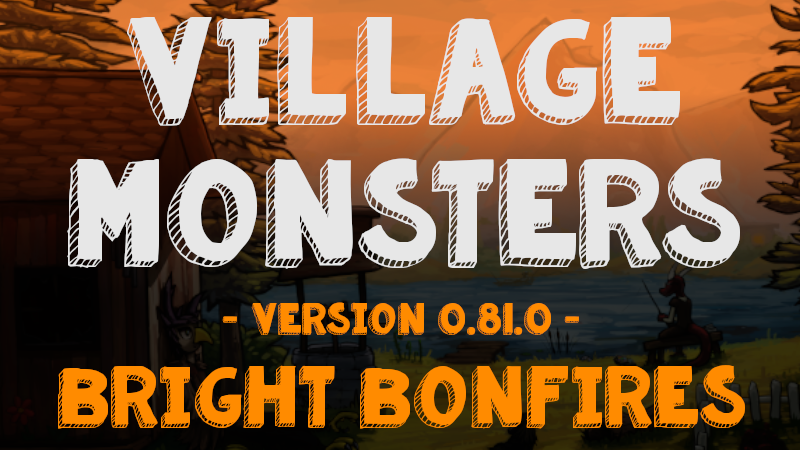 Halloween is upon us, and what better way to celebrate than by staying inside and playing video games?

To celebrate, Village Monsters is 25% off for the duration of the Halloween Sale!

The Halloween Event is now live in Village Monsters! This is a "real world" holiday that is not celebrated by the monsters themselves, but that won't stop Jack, the Pun King Pumpking, from bringing the spooky festivities to town. Enjoy a number of Halloween-y graphics, music, items, and other fun things between now and November 2nd.

This update also lets me test a number of future features regarding real world and in-game holidays, so look forward to a much expanded version next month.

The fishing minigame has been drastically overhauled to be both less tedious and more interesting.

Instead of waiting to mash the button when the marker is in the hit zone, you can now move the hit zone freely and simply hold down the button to reel it in. Fishing is now less about the speed of your mashing and more about your patience and timing.

I'll be tweaking fishing throughout the next few days to get it to feel just right. 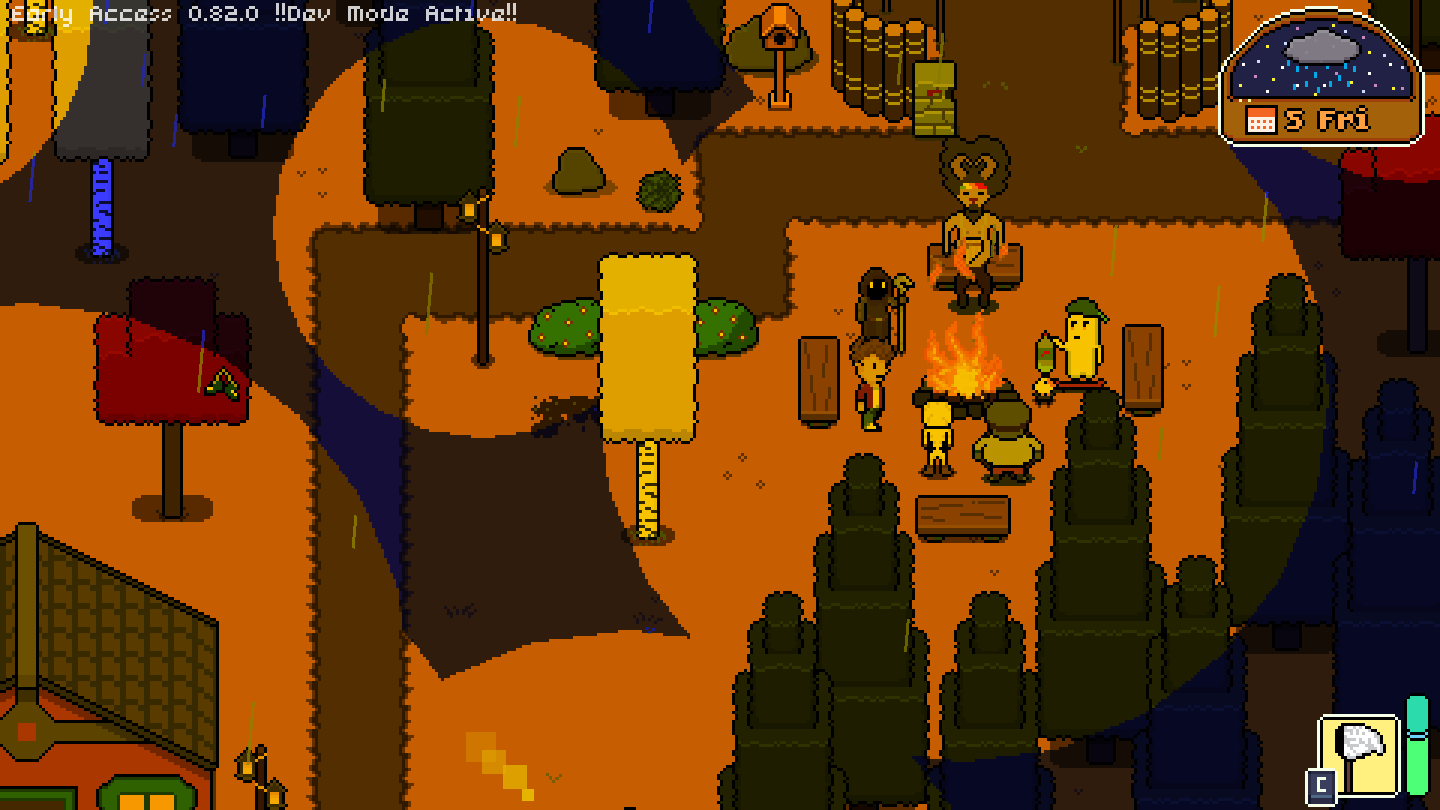 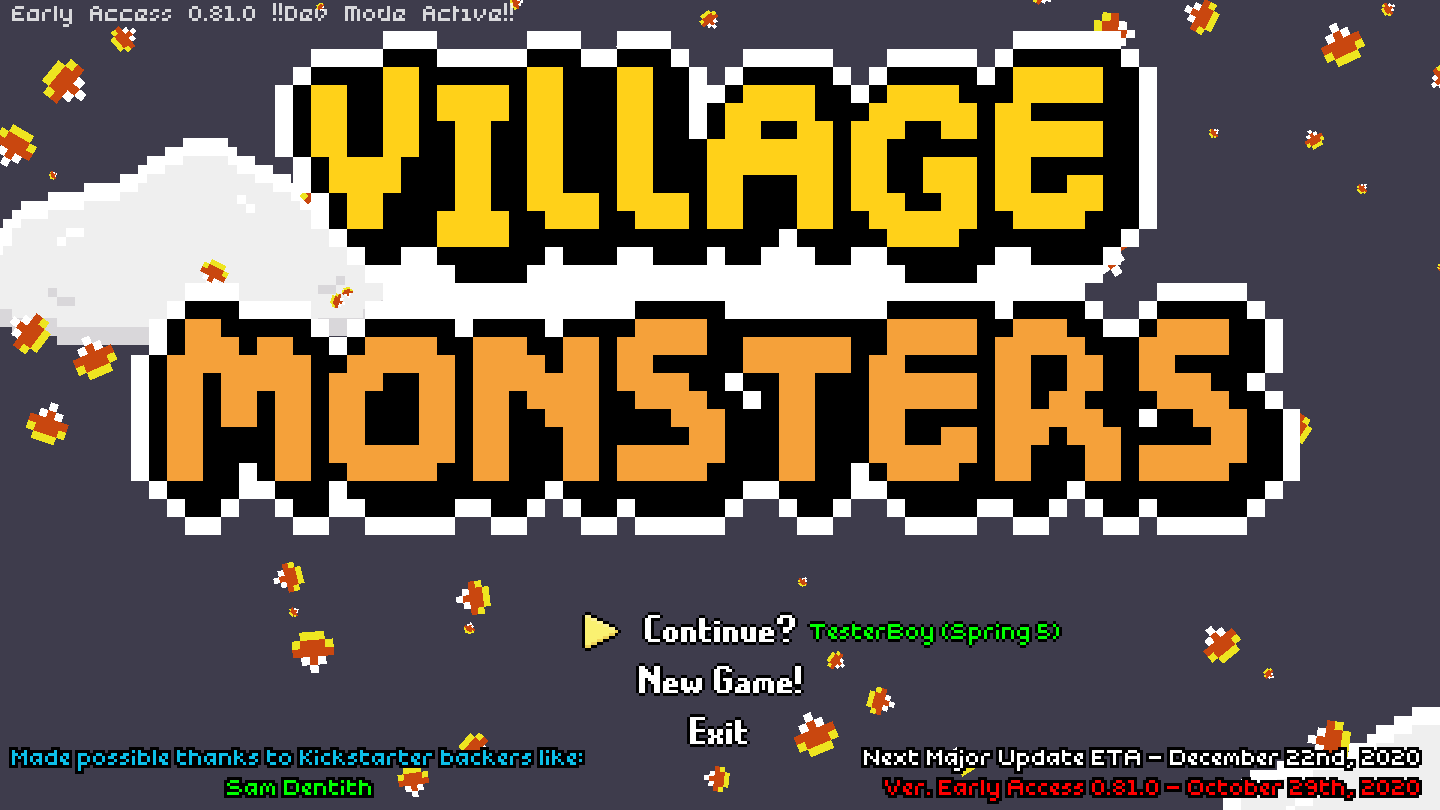