Well, there's no denying we're living in some strange times right now. I know some vague platitudes from a no-name indie dev won't do you much good, but I promise you that this isn't forever.

If you're feeling stressed, panicked, depressed, whatever - that's normal. Give yourself grace and patience. Just chill out at home and play some relaxing games - I can think of a few :D

On a personal note, although I live in one of the hardest hit US states (Washington) I have no plans on suspending work on Village Monsters. One benefit to being a solo indie dev working from home is that I've been following all these social distancing requirements for many months now.

Anyway, enough doom and gloom. Time for some patch notes! 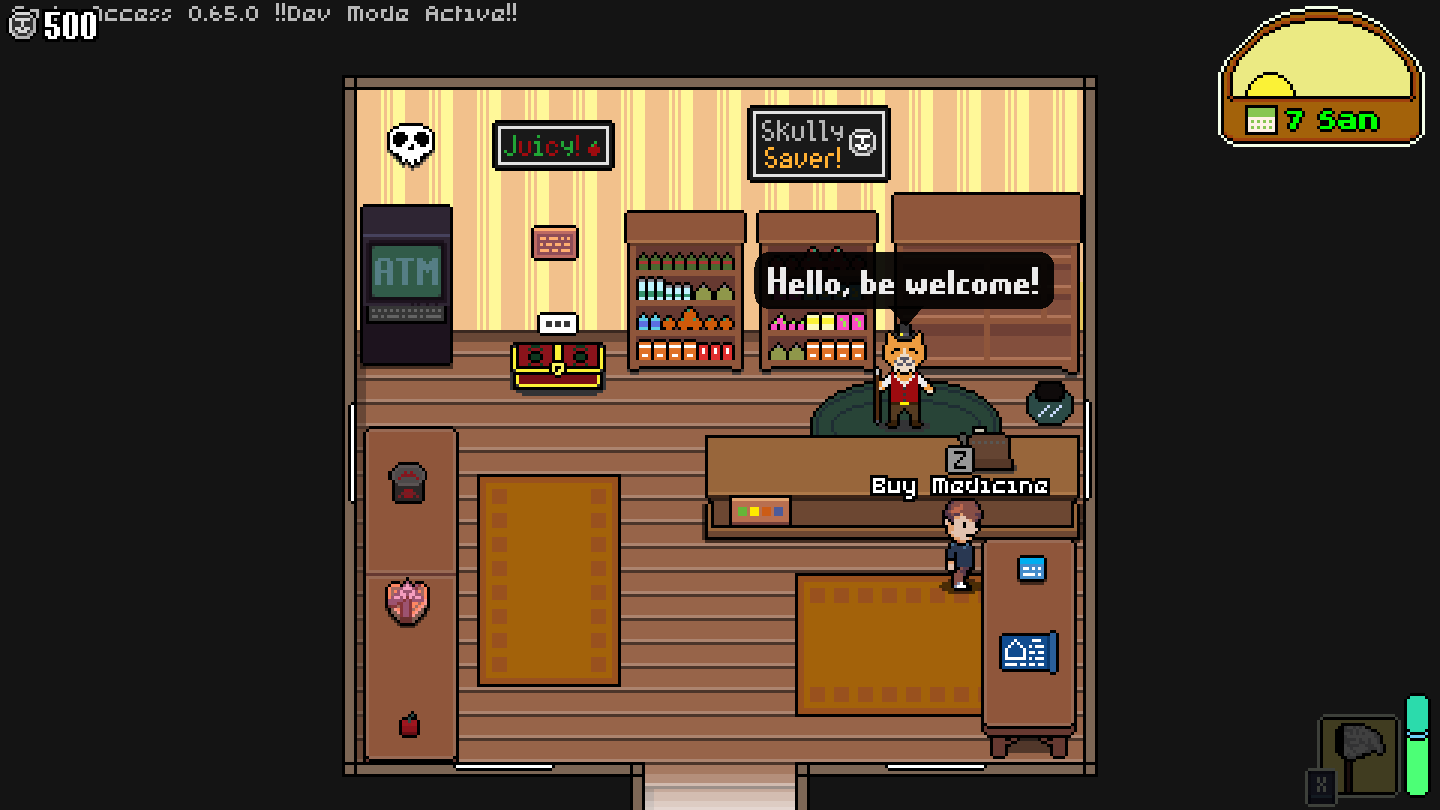 Since November I've received a steady stream of feedback that the game feel isn't quite right yet. This is to be expected for any unreleased game, but I don't want to wait to the end before polishing things up.

Here are some changes I've made to improve the game feel of Village Monsters. 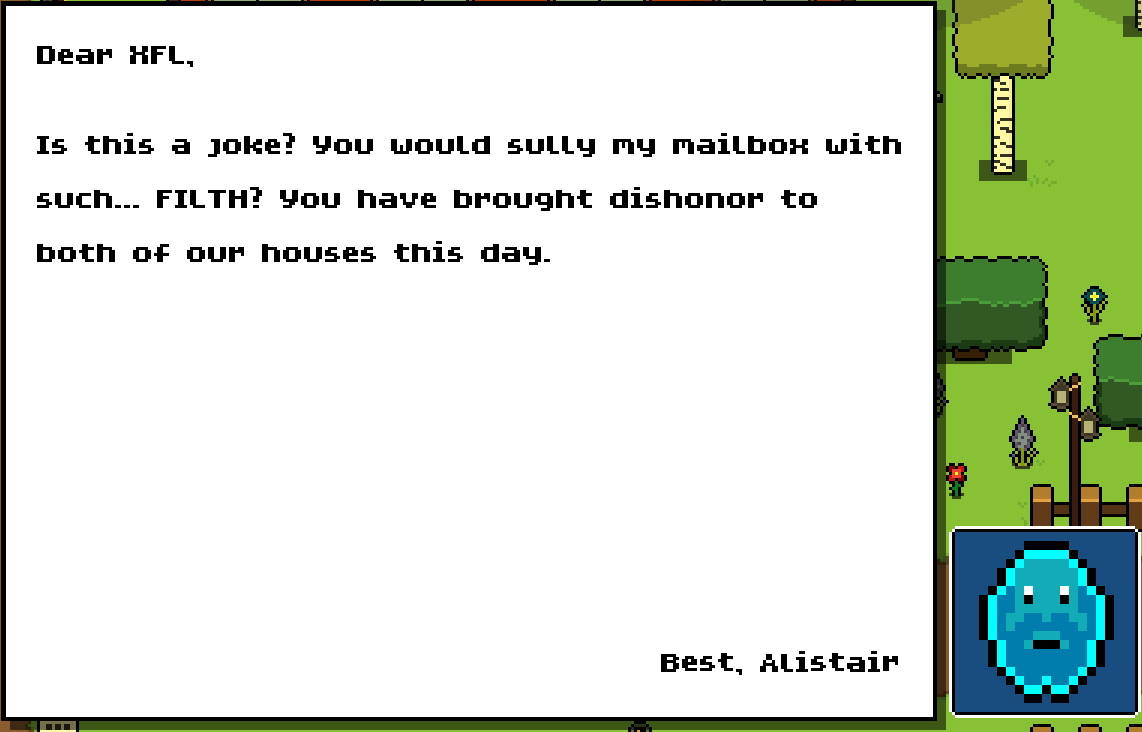 Every update brings more features and systems online. Here's a few of them new to v0.65

Village Monsters now has cutscenes - it's finally like a real video game!

Most of my time was spent creating the infrastructure itself to support cutscenes, so there aren't many in the game yet, but that'll change soon pretty quickly.

I improve the graphics with every release, but for this one in particular I spent a lot of extra time with art assets that have been around since the early days - this includes UI elements like the timepeice, many villager sprites, critters, shadows, and more.

As usual, I took the time to fix an absolutely shameful amount of bugs. The following will no longer plague the land. 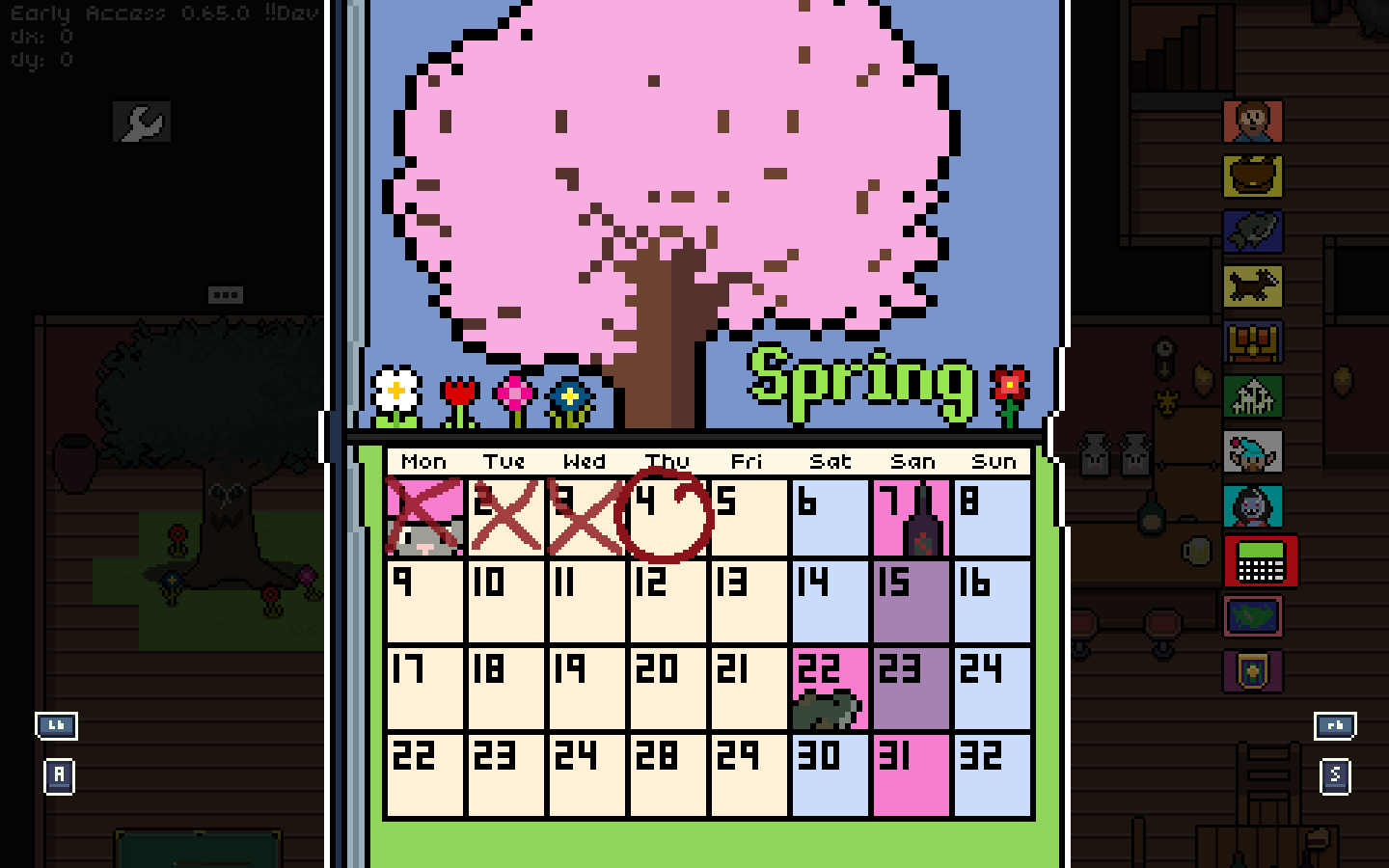