Hello hello! Are you all having a good new year so far? Has anyone abandoned (or maybe completed?!) their resolutions yet?

My 2020 has thus far been full of snow and sickness, though thankfully both gradually disappeared earlier this week.

I'm very excited to release update v.0.55 - aka the first update of the year! It's a real big one this time, so I've decided to make this update a bit more fleshed out than usual.

The march to v1.00 gets ever closer! Thanks for stickin' with me. 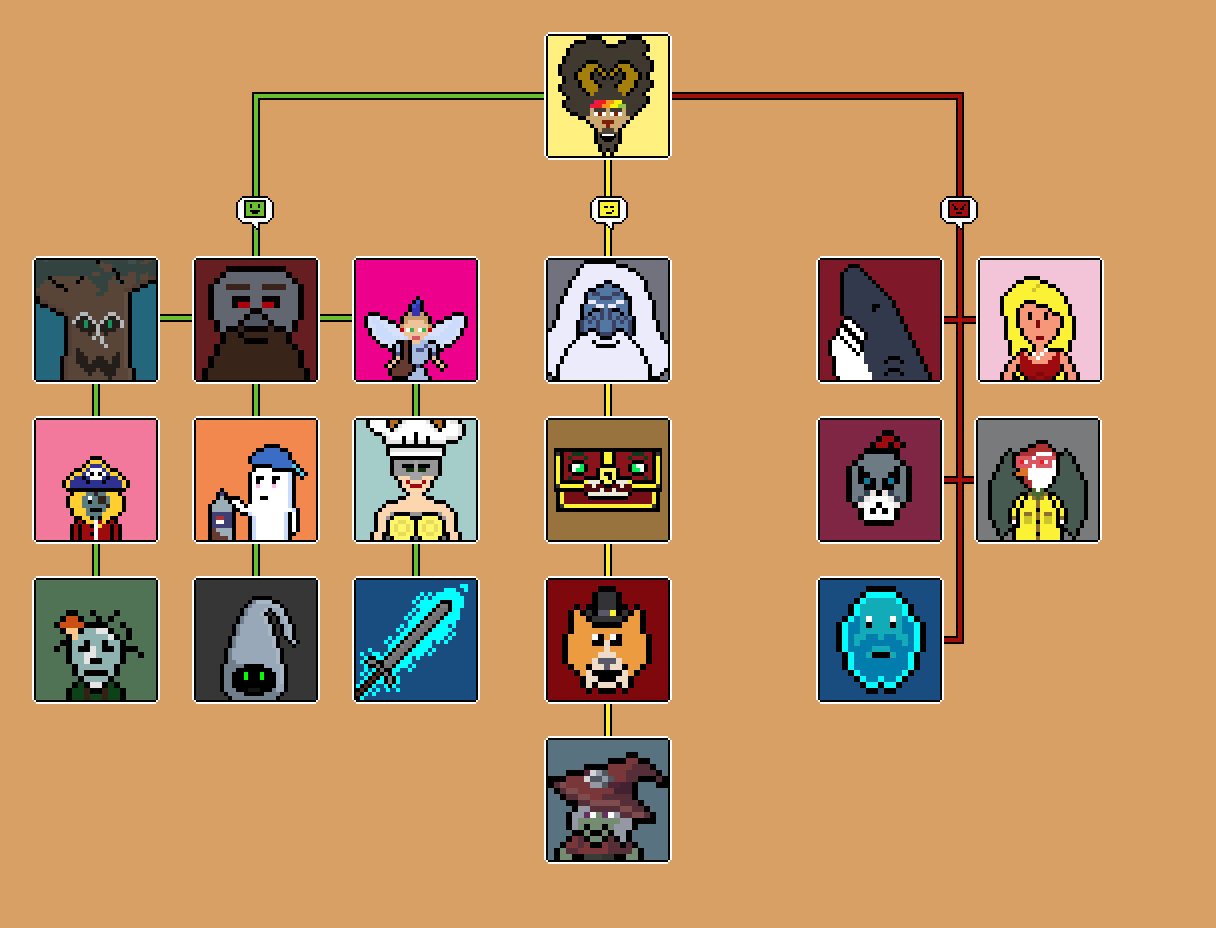 A number of new relationship systems have been added to the game. This is to make building friendships with villagers more interesting and consist of more than just talking to them until their hearts increased to max.

The two primary features are social networks and Lockhearts. 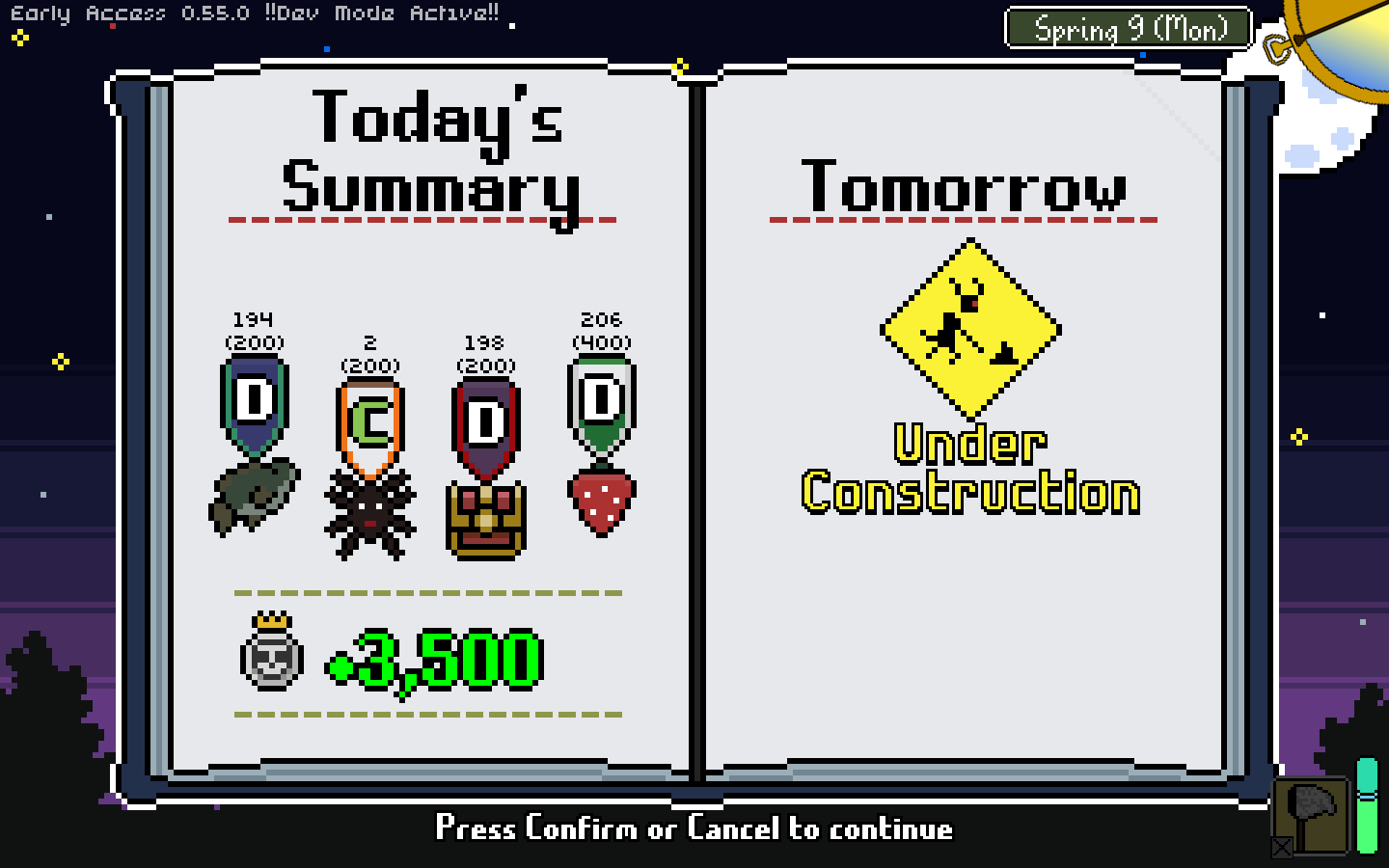 Players now earn experience as they perform hobby actions. Experience is earned on a per-hobby basis; this means that fishing makes you better at fishing but it won't make you better at growing mushrooms (like in real life!)

I had hoped to also add ability trees but ran out of time. You can still gain experience and ranks in each hobby, but for now it's mostly superficial.

My never-ending war on art rages on unabated. This time I tried to focus on colors and interiors.

Beyond improving the look of the overall game, the main goal has been to reduce the overall number of colors to make things feel more consistent.

I also added a huge amount of new furniture and decorations to give rooms more interesting and completed looks. Houses are still a bit generic, but it's improving quite significantly.

This will be continue to be a constant point of emphasis leading into the final release later this year. 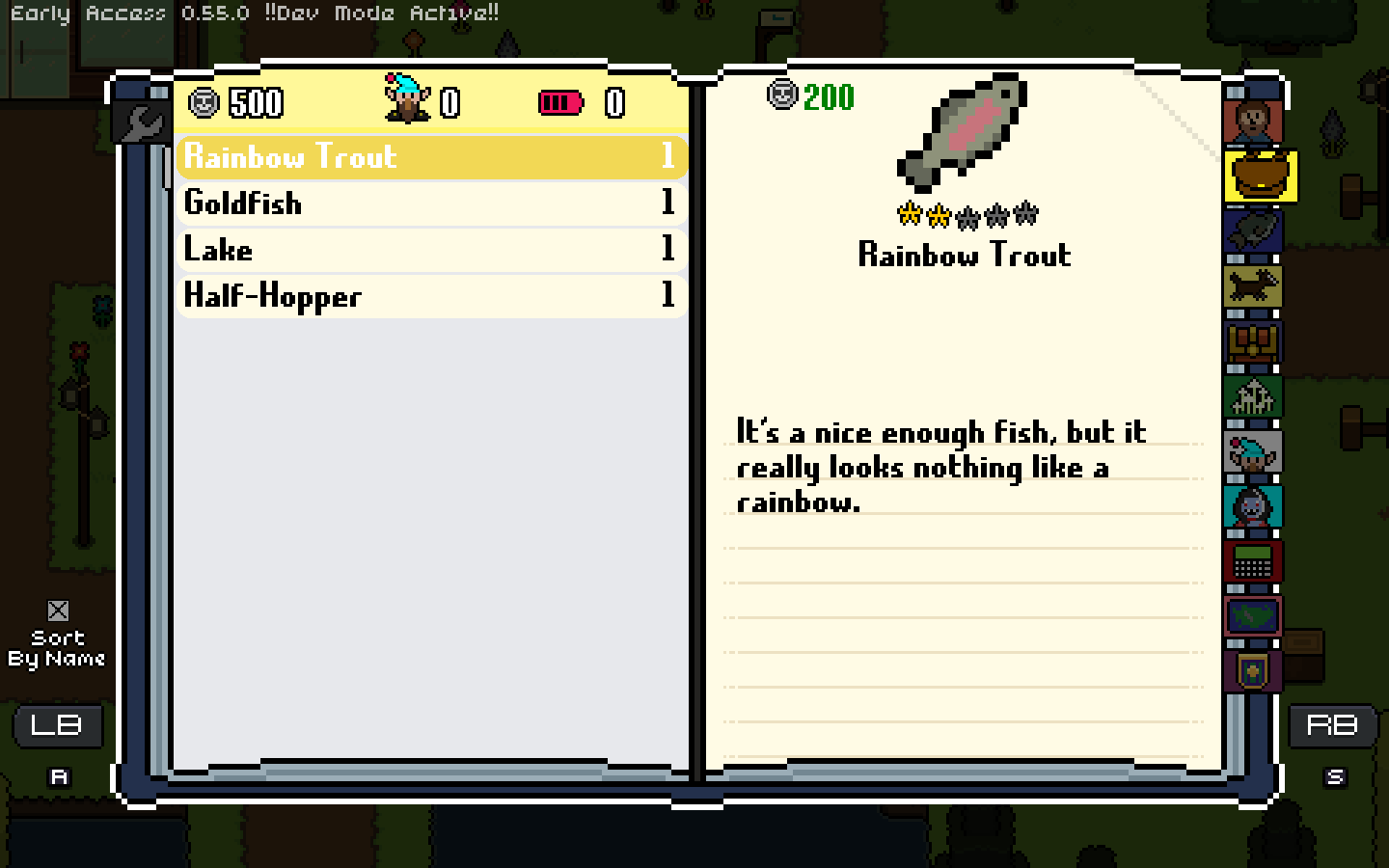 Improving the UI is as important as improving the overall art of the game. I've made a series of small but important changes this release.

For this update I tried to break out each major feature into its own category. These are items that are still important but don't otherwise fit anywhere.

Unfortunately (or maybe fortunately?) the majority of work I've done in the past few weeks has been under-the-hood type of stuff. It's not glamorous or even interesting work, but it's necessarily to set a strong foundation in order to launch v1.0 later this year.

The more immediate upside to this is that I've surely (though inadvertently) fixed a number of bugs, performance issues, and other technical snags in the process.