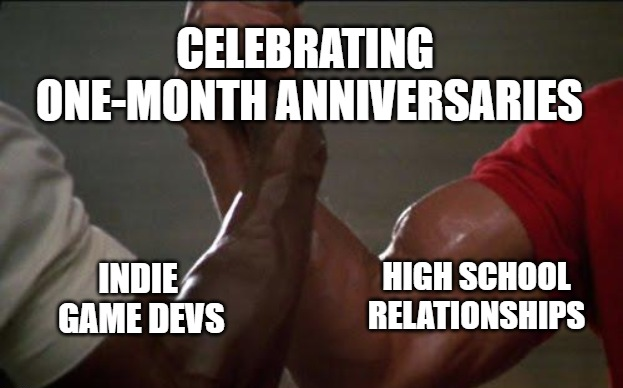 Today (12/12) marks the one-month anniversary since Village Monsters was released! Thank you all so much for your support, bug reports, love, and feedback! This is still early on our journey together, but you can start to make out a distant outline of what the end looks like.

And I think it looks real dang cool. Anyway, onto the patch!

This update is mostly focused on improving the look & feel of the game. Instead of improving any one specific area I just threw a (metaphorical) dart at the board and improved whatever it (metaphorically) landed on. You'll see many improvements to furniture, vegetation, weather, and more, but there's still a lot more to do to many other areas of the game.

The game's visuals will contentiously improve throughout its time in Early Access.

Important Note 1: In order to fix some player home bugs I had to alter your saves. This means you may lose ownership to your home upon loading the game. Don't fret! There was actually one particular bug we can all take advantage of: the game never deducted any money when you bought the house the first time! (oops)

It's a complete coincidence, but this means that even if you lose your home you'll still have the funds you had before to buy it. Just buy it a second time... no harm, no foul.

Important Note 2: There is now a dedicated key for using your active tool (ironically X on both keyboards and gamepads). Don't forget!